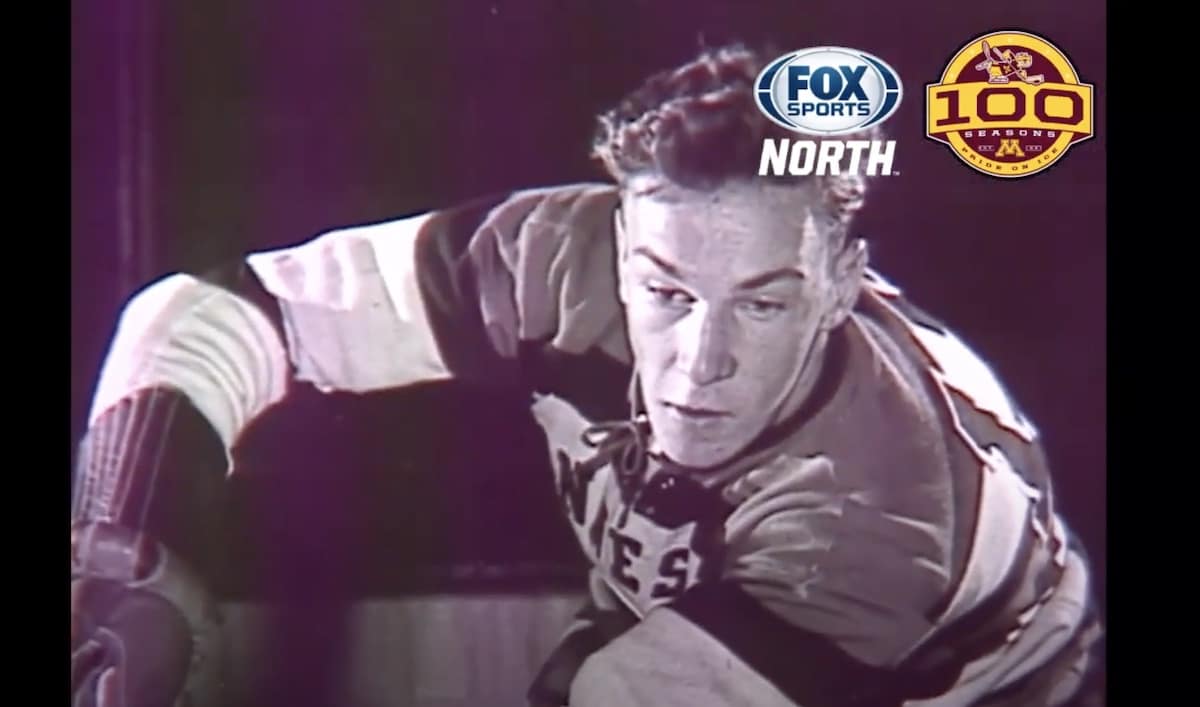 John Mayasich was born on May 22, 1933, in Eveleth, Minnesota. Mayasich is of Croatian descent, as his parents immigrated to the United States from what used to be Yugoslavia.

Mayasich attended Eveleth High School, where he played multiple sports but was the best at hockey. His high school hockey career was one of the greatest of all time, as most of his records set back then still stand today. A record that he still holds is when he had 46 total points in the state tournament games that he played.

Mayasich’s high school team was one of the greatest teams in history at that level. During his time with the Eveleth Golden Bears from 1948-51, the team captured four consecutive state high school championships. What is even more impressive is that the team went undefeated in all four of those seasons, as Mayasich would not lose a single game in his high school career. In a 2011 list by the Minneapolis Star Tribune of the 100 greatest Minnesota high school hockey players of all time, Mayasich was named number one. He would go on to graduate from high school in 1951.

John Mayasich attended the University of Minnesota to play for the Golden Gophers hockey team. He played for the team for four years, from 1952-55. In his freshman year, Mayasich would play 26 games for Minnesota and scored 32 goals to go along with 30 assists. His 62 points were the most on the team, and his 30 assists were 10 more than the second-best player for Minnesota. Mayasich had the most amount of points out of all U.S.-born players in the NCAA that season and was fourth overall among all players. He was named to the All-MCHL (Midwest Collegiate Hockey League) Second Team and the AHCA (American Hockey Coaches Association) Second Team All-American.

In his second season with the Golden Gophers, Mayasich increased his point total, going from 62 points in his first year to 78 points in his sophomore season. His 42 goals that season would be the most he would score in a single season at Minnesota and would help the team go 23-6 on the season, which was 10 wins more than the previous season. His 42 goals and 78 points led the entire NCAA as he was named to the All-MCHL First Team and the AHCA First Team All-American.

Mayasich continued his dominance on the ice in his third season, once again leading the team and the NCAA in points with 78. This time it was his passing that contributed heavily to the point total, as he racked up an incredible 49 assists on the season, which was 10 more than the second-most in the NCAA that year. That season, the Golden Gophers made a run to the NCAA Championship Game, where they would end up losing heartbreakingly, falling to R.P.I in overtime. That loss in the championship game was a tough one for Mayasich to swallow, as even decades later he talked about how disappointed he was that they were unable to win it. Mayasich did have nine points in that tournament and was named to the NCAA All-Tournament First Team but was unfortunately unable to win an NCAA Championship for Minnesota.

In his final year with the team during the 1954-55 season, Mayasich was the captain of the team and had his highest single-season point total with an amazing 80 points in just 30 games. His 80 points were by far the most for Minnesota that year, as nobody else had more than 40 points, and it was the second-most in the NCAA. He was named once again to the All-WIHL (Western Intercollegiate Hockey League) First Team, which was formerly known as the All-MCHL.

Mayasich is the all-time leading scorer in Golden Gophers history with 298 career points. He also holds the Minnesota record for most goals in a career with 144 and has the second-most assists in a career with 154. His 2.685 points per game is the best all-time in the NCAA among skaters that have played at least 85 games, while his 298 career points rank fifth on the all-time list in NCAA history. Mayasich’s number 8 was retired by the Minnesota Golden Gophers in 1998 and is still the only number to be retired in program history.

John Mayasich is one of the greatest hockey players of all time to have never played professionally. After his time at Minnesota, Mayasich went on to play for the United States National Team at the 1956 Olympics in Italy. He played seven games for the team at the Olympics, as he led the U.S. to the gold medal game, where they would eventually lose to the Soviet Union and take home the silver. Mayasich had the most points on the team during the games with 10 points and was also the leading goal scorer for Team U.S.A. with six goals.

Mayasich would go on to spend the rest of his playing days playing minor league hockey for the Green Bay Bobcats in the USHL (United States Hockey League) Sr. league. He would go on to play for the Bobcats until he officially retired from the sport in 1971.

In between his times playing for the Bobcats, he spent time playing for Team U.S.A. In the 1960 Olympics in Squaw Valley, United States, Mayasich helped lead the team to its first-ever Olympic gold medal in ice hockey. Mayasich recorded 12 points in eight games, which would be the third-most points on the team and the 11th most out of all the players participating in the Olympics.

At the 1962 Ice Hockey World Championships held in Colorado Springs and Denver, Mayasich played a key role as captain in helping Team U.S.A. capture the bronze medal. Due to his spectacular play for the team, Mayasich was named the IIHF best defenseman. Mayasich would end up playing for the United States twice more at the Ice Hockey World Championships, before finally ending his international hockey career in 1969.