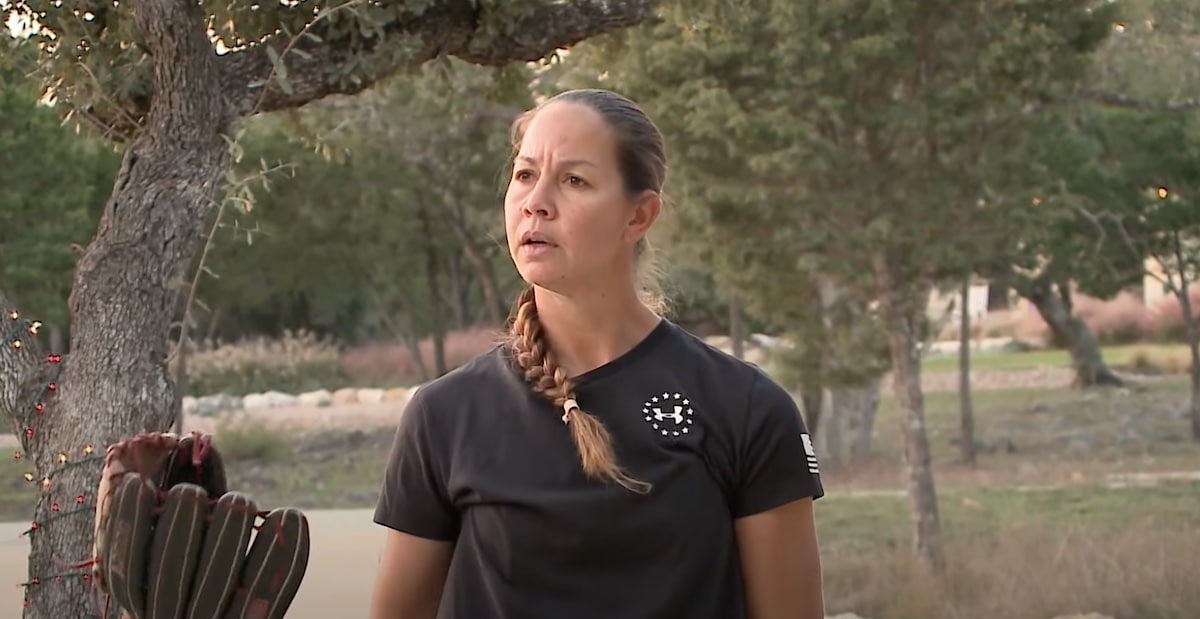 Cat Osterman was born on April 16, 1983, in Houston, Texas. Osterman started playing softball at a young age, taking up the sport while in first grade. She would only play for a little before quitting to play basketball and soccer but would later come back to softball while she was in the fifth grade. It was in that fifth grade where she joined a little league team as a backup pitcher.

In 1997, Osterman attended Cypress Springs High School in Cypress, Texas. She played on the school’s softball team all four years and set numerous records for the team during her time there. She graduated from high school in 2001.

In 2002, Osterman decided on attending the University of Texas to play softball for the Longhorns. Osterman had an amazing freshman season for Texas, as she led the NCAA that year in wins, which also happened to be a Longhorns single-season record. She also set Texas softball records that season for the number of innings pitched, strikeout ratio, strikeouts, games started, and shutouts. Her innings pitched and games played records from that season still stand in the Longhorns record books today.

Osterman won many awards during that freshman season, which included being named to the Big 12 Conference First Team and the National Fastpitch Coaches’ Association Second Team All-American. She also won USA Softball National Player of the Week three times, while being named Big 12 Freshman of the Year and Big 12 Pitcher of the Year. On February 26th, in a game against Stephen F. Austin State, Osterman pitched the first perfect game in Texas Longhorns softball history. She was able to throw two more perfect games to go along with five no-hitters in her first year. She ended the season with an ERA of 0.83 and struck out a total of 554 batters.

In her sophomore season, Osterman continued her dominance for the Longhorns, leading them to a Women’s College World Series appearance (WCWS). Osterman broke the softball University of Texas record for wins (with 68 victories), shutouts (with 35), and strikeouts (with 1,042) in a career in just her second season with the team.

Osterman led the NCAA in both strikeout ratio and ERA in 2003, where she was again named Big 12 Pitcher of the Year, while also taking home the Big 12 Female Athlete of the Year. She also improved on her Second Team All-American honors from the previous season by making it to the First Team in her second season. Osterman had four no-hitters to go along with another perfect game.

During one month between April and May of 2003, Osterman went 65 consecutive innings without allowing a run, with the streak running for 12 games. She is only one of two players in NCAA history to get to 1,000 strikeouts in only two seasons. Osterman is also the fastest pitcher in NCAA Division I history to get to 1,000 strikeouts, which she did in just a little over 500 innings pitched.

In 2004, Osterman redshirted from the University of Texas to be able to participate for Team USA at the Olympics that year in Athens. She led the team in strikeouts with 23 during the event, while picking up two wins and a save. The team would go on to capture the gold medal, defeating Australia in the final 5-1.

Osterman returned to Texas in 2005, where she would continue to put up insane numbers as the best pitcher in the Big 12. Along with winning the awards she won in 2003 again in 2005, she also won the Honda Sports Award for softball and the 2005 Sportswoman of the Year by the Women’s Sports Foundation.

She had her career-best ERA with the Longhorns in her junior year, while also topping her previous records for strikeout ratio, strikeouts, and shutouts. Osterman also set a Big 12 record in ERA and opponents batting average, with both records still standing today. She added another six no-hitters and three perfect games to her career stats, and with those three perfect games, she was and remains the only pitcher to have two seasons with at least three perfect games. She once again led the team to the WCWS for the second consecutive year, before losing to the UCLA Bruins in the tournament to end the Longhorns season. Osterman was named to the All-Tournament Team for the second year in a row.

In her senior season with Texas, Osterman led the entire NCAA with an ERA of 0.37 and finished the year with a record of 38-4. She set the Texas records in a single season once again for wins, strikeout ratio, strikeouts, and shutouts, and added a Big 12 triple crown for leading the conference in strikeouts, wins, and ERA.

Osterman would finish her collegiate career with 138 wins to her record, which is tied for sixth place all-time. Her career strikeout ratio is the best in NCAA Division I history, while she sits second all-time in perfect games, WHIP, and strikeouts, and third all-time in both shutouts and no-hitters.

Osterman first started competing for the national team in 2001 and pitched for Team USA up until 2010. In the 2008 Olympics in Beijing, she helped lead the USA to the gold medal game, where they would eventually fall to Japan. The loss was the first of Osterman’s Olympic career, and the Americans would instead take home the silver medal. Osterman would retire from Olympic competition following the 2008 games.

Osterman would end up unretiring in 2018, with the reason being that the sport of softball was going to be reintroduced in the Olympics for the 2020 Tokyo games. She would start three games for Team USA in Tokyo, striking out a total of 15 batters and collecting two wins. She started the gold medal game against Japan, and would not give up a run, but the United States would eventually fall 2-0 and would settle for the silver medal. In her Olympic career, Osterman has a record of 7-1 to go along with two saves and three Olympic medals.